Years of Volunteering has not Cooled His Commitment

Years of Volunteering has not Cooled His Commitment

Eric has been involved in international student ministry with his wife, Kristin, for over 25 years and has yet to exhaust his capacity to marvel at how God is working in it! He highlights how God uses it to bring about growth not only in the lives of the students he and Kristin work with, but in their own hearts as well. 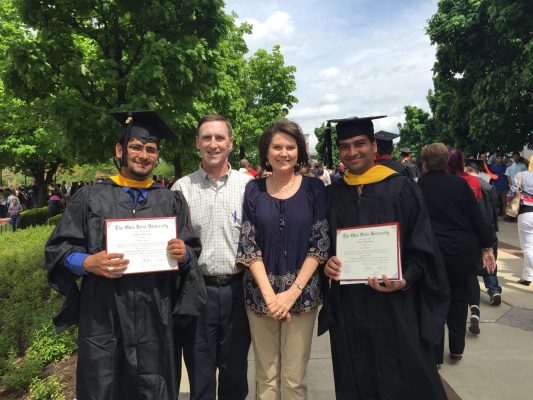 Eric and Kristin at the graduation of two Indian students they hosted upon their arrival at Ohio State University.

Eric’s most recent student relationship was with a Chinese PhD student before the pandemic. At first they just met to practice English, but Eric soon found out that the student was attending a Bible study and had a hunger to learn more about God. Eric started following up with him during their meetings, asking if he had any lingering questions from the Bible discussion the week before. “I would often ask if there was anything that he was experiencing in the small group meetings that he did not understand or would like explained in more detail.” When the opportunity to attend the small group came to an unexpected end, the student eagerly accepted Eric’s offer to continue the Scripture readings on Facetime during the outbreak of COVID.

Over time, Eric observed growth in the student saying, “When I asked him, what does this [Bible passage] tell you about God? I cannot tell you the number of times he said, ‘Well, this just really shows me that God loves us.’” Today Eric says his friend has true faith in Jesus, adding, “I got as much out of the Bible studies as he did… It was really remarkable how God opened our hearts together.”

This is not the first time Eric and Kristin have seen God at work in international student friendships they have developed over the years. The impact reached all the way to Washington D.C. when one of the students they previously hosted eventually became the Ambassador to the United States from Senegal. Amadou was a young student far from his home when Eric and Kristin first hosted him in 1982. Over the course of his education, Amadou spent many Thanksgiving dinners at the couple’s home, building fond memories of friendship. They also befriended Amadou’s wife, Ouli, when he brought her to the US from Senegal later, even hosting a baby shower for her when her first child, Miriam, was born. 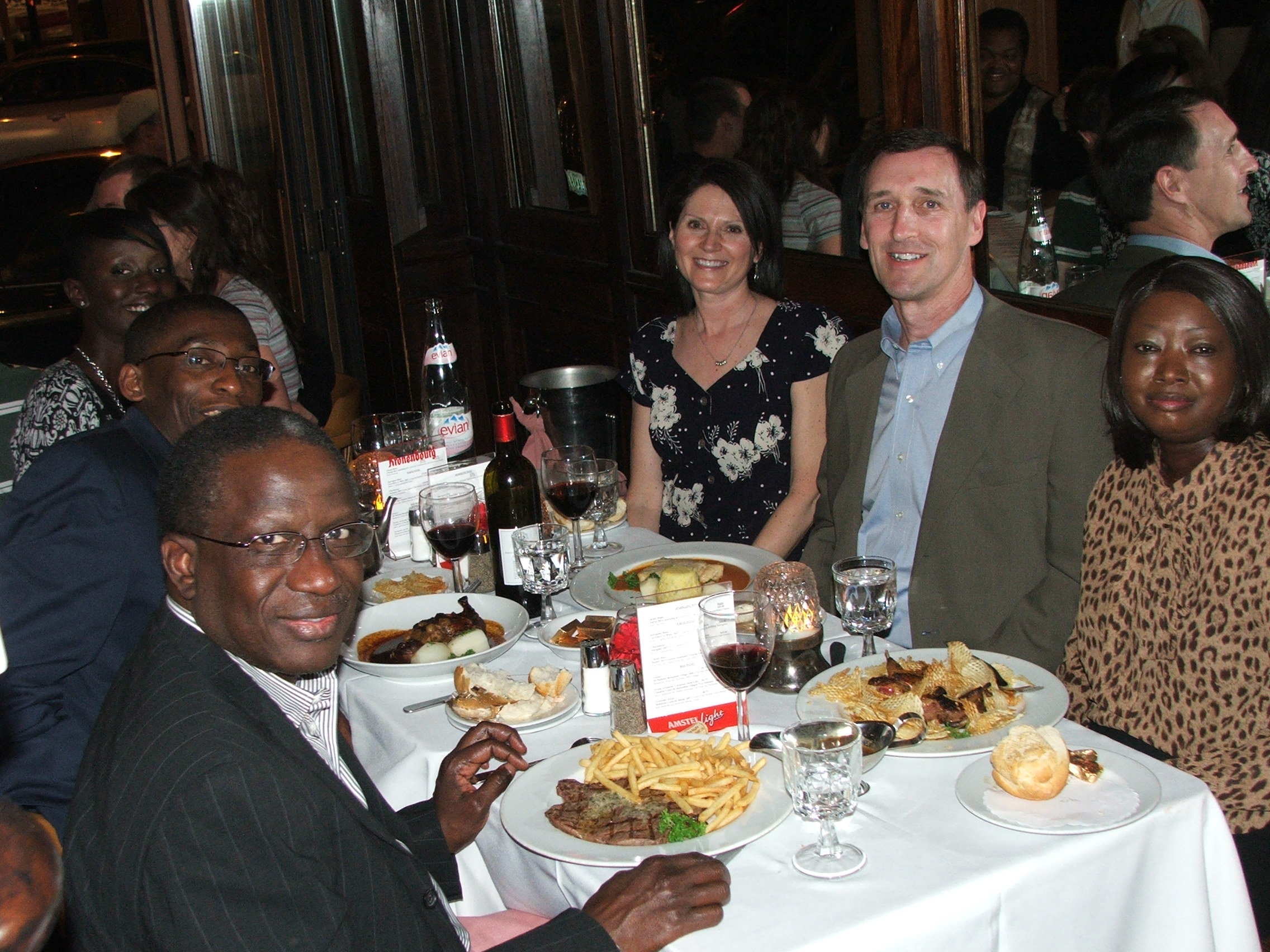 Eric and Kristin at dinner with Amadou and Ouli

When Amadou graduated and returned home to Senegal, he began working in the government. Eric and Kristin lost touch with him, but he did not forget them. Several years later, Kristin was praying for a way to reconnect with Amadou after multiple dead end attempts. Eric remembers how God answered: “In 2004 we met a first generation immigrant family from Mauritania/Senegal when we were showing a rental property that we owned. As we shared with them our experience of meeting Amadou twenty years earlier, we found out that the wife was a cousin of Amadou, and that they knew how to contact him!” Through this work of God, Eric and Kristin were able to reconnect with Amadou. In 2009, their roles of host and guest were reversed when Amadou and Ouli invited Eric and Kristin to the Senegalese Ambassador’s Residence in Washington D.C. During that weekend reunion, Eric and Kristin were given the royal treatment by this couple they used to host as international students in their home! Eric says, “The warmth and kind words that Amadou and Ouli shared with us during our visit were a strong reminder that we sow the seed and God brings the increase.”

From his friendship with Amadou to the more recent conversations and Bible studies with the Chinese student, Eric is reminded of God’s role in ministry, saying, “We are sowing seeds of love, first and foremost, and relying on God to bring the increase. We focus on the relationship and building trust, and allow God to direct the opportunities to share Jesus.”