Nine years ago, Tom and Jody Slemmer didn’t know how to make the maple syrup that now attracts groups of international students out to their farm. Originally, Tom and Jody lived in the suburbs, but they both loved the outdoors and wanted a place where they could watch things grow. With no “real” farm experience, Tom and Jody decided to purchase this 51-acre property in the country in December of 2011. 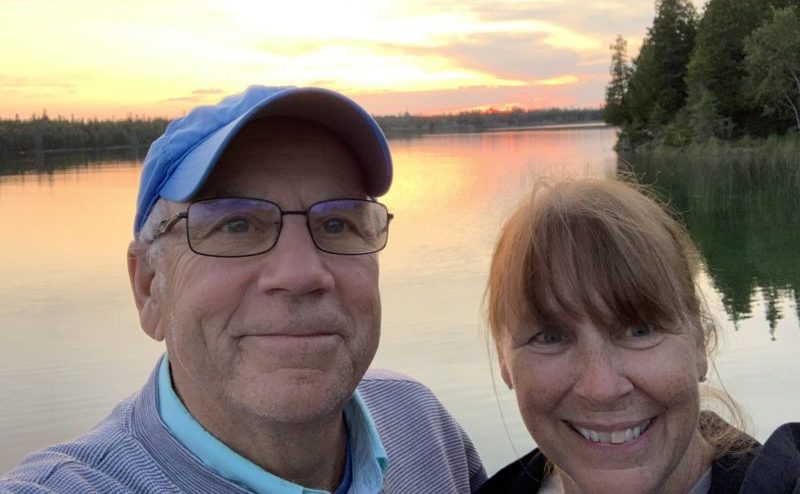 As winter turned into spring, their garden began to take shape, their woods were cleared of most of the trash and debris, and the spring wildflowers and morels appeared. Emerging leaves revealed an abundant supply of sugar maple trees, as well as many other types. January of 2013, is when Tom and Jody’s maple syrup adventure first began when a friend of theirs gave them three maple sap collection buckets and three taps to be put into their trees. Despite having no experience, they decided to give it a try. With only a wood stove in their barn for cooking the sap, the results were less than they hoped for. More syrup was burnt than what they were able to enjoy, but even so, they were hooked. As years passed, their operation continued to evolve, growing from the first three taps to 130.

Tom and Jody first became acquainted with IFI in the late ’80s, but it wasn’t until 2016, that the idea to have international students experience maple syrup making came about. During maple sugaring months it is Tom and Jody’s custom to carry bottles of syrup in their cars and hand them out to people. So, when Jody met Rich Mendola (IFI’s CEO) while serving together on a committee, Jody offered him some syrup. This began a dialogue with Rich about his lifelong passion for maple syrup followed by the invitation to share maple syrup making with a group of 20-30 IFI students. Tom and Jody had never imagined sharing syrup making on that scale before. It took them a while to feel comfortable with the idea, but, after the help of a half dozen close friends, Tom and Jody finally said, “Yes. Let them come.” 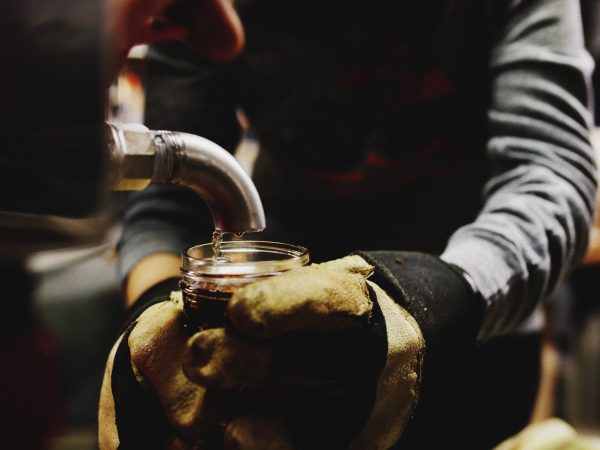 With smartphone cameras clicking, the students documented the first IFI syrup event in March of 2018. Many students were eager to taste the sap as it came out of the tree, others were willing to carry collection jugs into the woods, while still others were willing to leave the trail onto the muddy ground to fetch the sap to be poured into the collection jugs. As the jugs filled up, others volunteered to carry the now 10-30 pound jugs back to the barn for processing. All the while, Tom and Jody answered questions such as: Why is the sap clear when syrup is brown? Are there other trees that produce sap? How do you tell a sugar maple tree from other species of trees? Does tapping hurt the tree? What do you do at the end of the season? Do you have to bandage the tree?”

Syrup making is an all-day, or even an all-weekend, affair. The fire in the evaporator needs to be fed every 10-15 mins, the temperature and sugar content of the sap/syrup needs frequent monitoring, and then the syrup needs to be poured into bottles that need to be cooled and labeled. Generally, each tree produces somewhere between 5 and 15 gallons of sap and it takes 40 gallons of sap to make one gallon of syrup. That’s 3-8 trees for just one gallon of syrup. Syrup making is a January through March job. During the first half of the season, the ground is frozen, but by the second half of the season, the ground is thawing and muddy. Even so, people are still willing to come.

In the barn, Tom demonstrates to international students how the reverse osmosis system concentrates the sap by taking out 50% of the water. Students ask, “Can we taste it again?” to which Tom and Jody say, “Absolutely.” Students can then taste how the sweetness and maple flavor has increased slightly. Volunteers then take the concentrated sap to the 60-gallon holding tank where the sap slowly trickles into the evaporator, a process that will take hours.

In the barn’s kitchen, large pots of syrup reach the necessary 219 degrees Fahrenheit; the bottling temperature for syrup. To confirm the sugar content is correct Jody uses a hydrometer to measure degrees Brix. While students take turns pouring the hot syrup into bottles that they will each get to take home, they eat pancakes with syrup and sausage, play with the dog, and even hold a chicken. This is also the time for more questions: Why are the different grades of syrup different colors? Why do they have a different taste? Is the viscosity different between the grades? How does a hydrometer work? Why do you keep the bottles in the oven at 180 degrees? 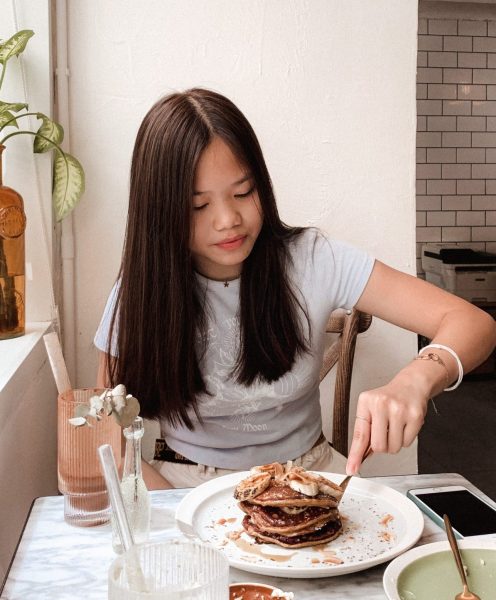 The experience was amazing for everyone involved. Tom and Jody realized that it was the first time for many students to enjoy the outdoors and to be on a farm, not just their first time making maple syrup. For many of the international students, this was also their first invitation into an American’s home. Tom and Jody’s first IFI syrup event was such a success, that they have continued to host international students for syrup making ever since; the numbers increasing slightly each year. During Covid in March of 2021, they made accommodations by moving outdoors.

It is evident by the numbers that international students are interested in making syrup. It takes time to plan and extra people to pull it off, but for Tom, Jody, and all their friends, it is well worth the effort to greet and invite the students into one of their hobbies. With Tom being an extrovert and a leader, and Jody being an introvert and server, this opportunity is the perfect way that they can both use the gifts God has given them in a unique way. They have also come to learn how important the help of their friends are as they were willing to come out and serve international students with them, knowing that Tom and Jody wouldn’t be able to do it by themselves. They recognize the true blessing of having friends that you can count on. They both feel honored to be able to share this experience with international students as well as share the honor of serving with their own friends. The Slemmer’s believe that each of us has a passion or a hobby that is worth sharing. Share one of yours! They will come!