Bob Tanquist and his wife, Marilyn, began volunteering with IFI before it had a name!  The church they joined after moving to Columbus in 1979 connected them to IFI founders Phil and Ruth Saksa and Mabel Bahler. Bob and Marilyn enjoyed helping at IFI dinner meetings, bringing food, and gathering with students until about 2005 when Marilyn’s health prevented her active involvement. Before Marilyn’s passing years later, Bob remained involved with IFI events and has continued to support the work of IFI financially, even now at age 95. 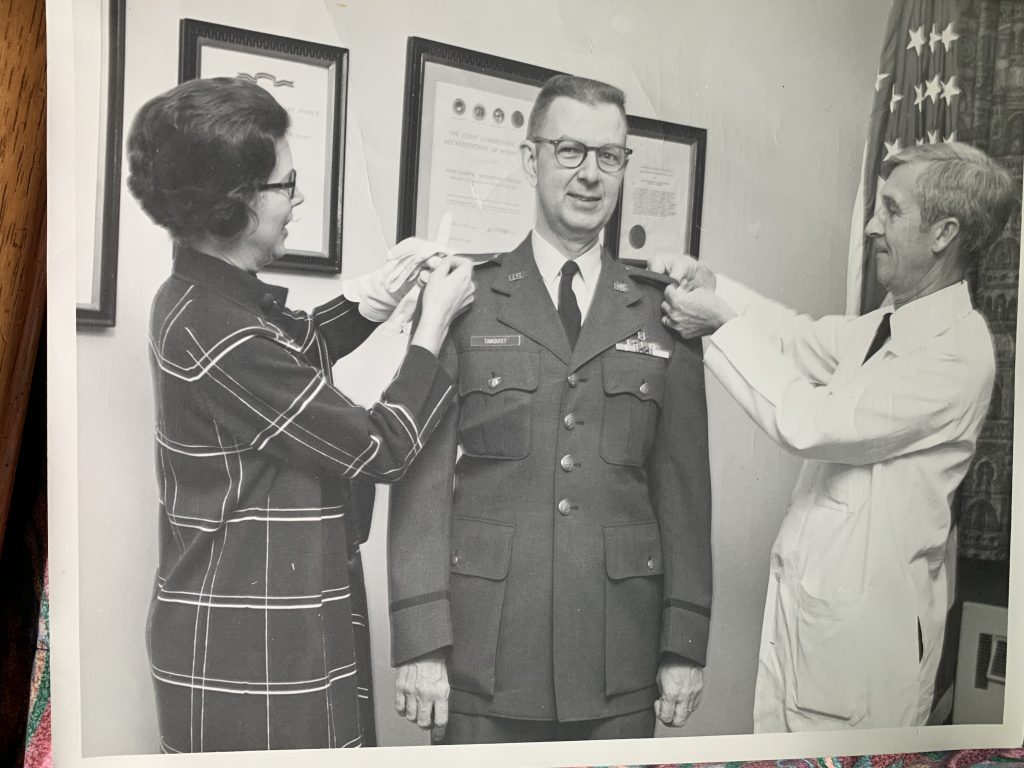 Bob’s attraction to the work of IFI began even before IFI became a reality in his life. One of his uncles had spent his life serving in Assam, India, so work with internationals was family talk from his childhood.  Graduating from dental school in Minnesota in 1951, Bob was drafted for the Korean war in 1953 and served as a dentist with the US Air Force in Okinawa, Japan. Bob and Marilyn became involved during their two year stay in Japan with several American families who had come to serve and love the Japanese like Jesus loved them. As Bob and Marilyn participated in outreach activities to local Japanese people, they began to see many opportunities to show God’s love to the internationals they met. Bob, Marilyn, and their growing family later lived at military bases in different parts of Asia and England, enabling travel throughout the Far East and Europe, giving them many international experiences in the 26 years that Bob served in the Air Force. 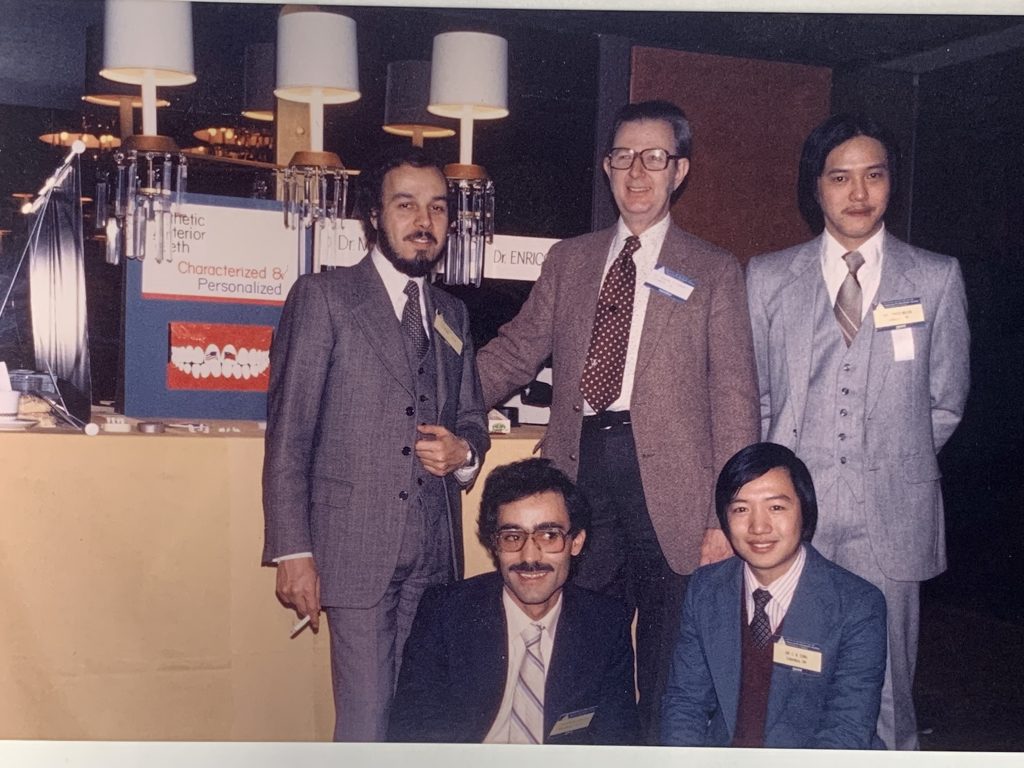 Soon after military retirement in 1979, Bob and Marilyn moved to Columbus where Bob directed a Prosthodontics graduate program at the OSU College of Dentistry.  His involvement with internationals continued as the program involved students from Libya, Nigeria, Mexico, Brazil, and Taiwan. Bob oversaw the students’ work as they trained and gained experience with patients. Students were invited on occasion to the Tanquist family home for social activities, as well as to IFI Bible study groups and events during the three year program. This was part of Bob and Marilyn’s lifestyle of outreach to students in their lives.

Through IFI, Bob first became a conversation partner with Gao, a Chinese graduate student in chemistry and Marilyn befriended Gao’s wife, Han. Gao took a local position after graduating, which allowed him and Bob to continue to meet. Later, Gao attended law school in Columbus. Over their years together, Bob and Marilyn shared their faith in Jesus with Gao and Han. Bob remembers well when Han decided to follow Jesus and was baptized. Although uninterested spiritually, Gao was supportive of Han’s faith and allowed their children to attend church. Bob has remained in contact with Gao and Han since they moved to Chicago, where Gao practices law. 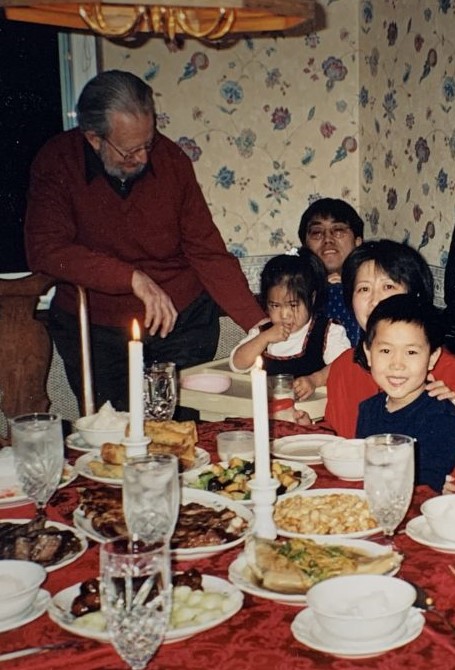 Bob and Marilyn became like grandparents to this Chinese family.

Bob says International students have been “at the center” of his life for many years, allowing him to personally witness the effectiveness of IFI’s work. After living in foreign places, he understands the difficulties international students face coming to another country like the US. He sees IFI helping to fulfill their needs and giving students a connection to a local family, noting that “Students felt safe within the caring IFI community.”

“I wanted to respond to the Lord’s call in my life, by serving where I was able and invited to do so.”

Although Bob had time constraints while still teaching at OSU, he still made time to volunteer with Marilyn to help meet student needs and support IFI activities, as well as serving on IFI’s board for several years. “I wanted to respond to the Lord’s call in my life, by serving where I was able and invited to do so.” There were difficulties also during Marilyn’s later years of declining health before her passing in 2011. Yet Bob remembers Marilyn’s strong heart for serving, chuckling about how she was a pastor’s daughter. 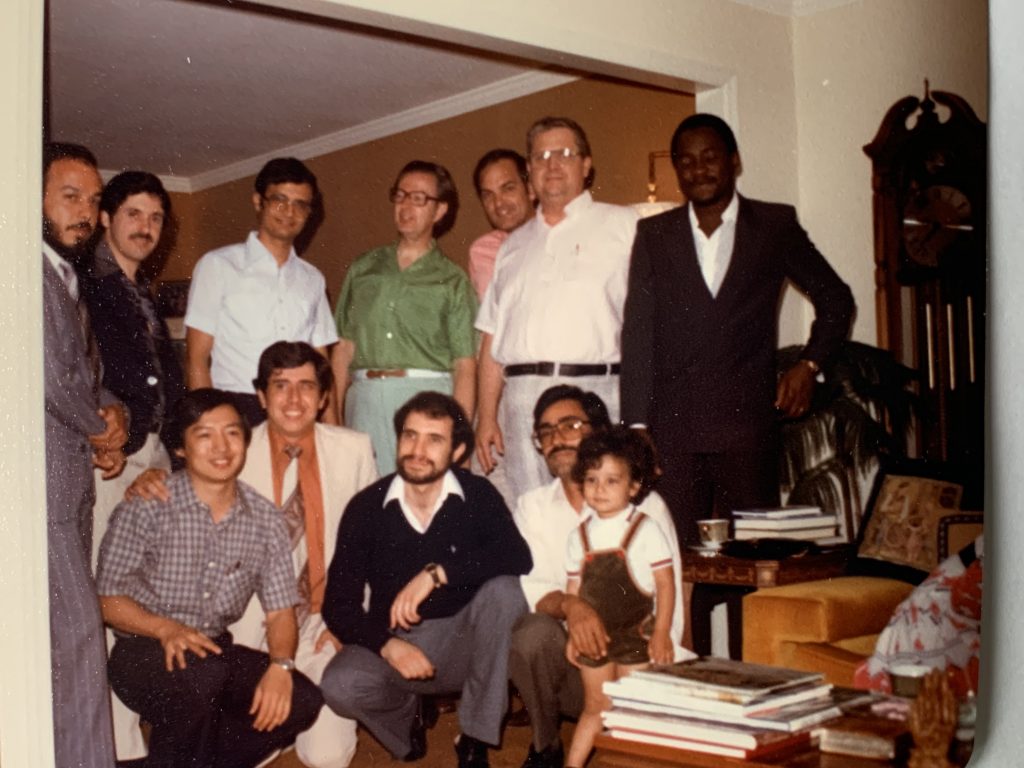 Through volunteering, God taught Bob to see and help international students in their particular need. One example is when the son of one of Bob’s past Libyan OSU graduate students needed help in gaining further dental experience before he could qualify to practice in the US. This young man, born in the US while his father completed graduate school under Bob’s instruction years before, later followed in his father’s footsteps by earning a dental degree, but his Libyan degree was unrecognized in the US.  Bob and Marilyn hosted him for a period while he gained increased hand skill experience working in several private laboratories in Columbus. This experience and continued study enabled him to be admitted later to two formal programs in the OSU College of Dentistry that qualified him to practice in the US.  This dentist is still practicing dentistry in Columbus today. In ways such as these, Bob and his family befriended and showed God’s love to international students in the specific ways God had equipped them to help.

“Be open and friendly with international students you engage with and let them know you are available to help them.”

For a volunteer who is just starting out Bob would say, “Be open and friendly with international students you engage with and let them know you are available to help them.”  Bob has been open about his Christian faith in each interaction, but he is mindful that no one comes to faith based on intellectual reasoning alone. “It is God who stirs hearts and draws students to trust in Him,” he says.

What Bob enjoyed most about volunteering was the willing, open reception that students gave him. He believes students felt connected to him as well. Even though it might be easy to focus on the help Bob and Marilyn gave students over the years, Bob says, “the students greatly enriched our own lives!”