Who would have known that running late to a church service could end up paving the way for the accomplishment of a God-sized dream?

Esther Chan, Campus Minister in Dayton, OH, certainly did not know when she first moved to the area in March of last year. Moving meant finding a new church. As she researched and scrolled through the many churches around her, she landed upon Parkview Church of the Nazarene. For some reason, it stood out to her amongst the rest, and to be practical, it was the latest service time offered compared to the others.

Well, I’m running late, so this is the one!

Her gut instinct of choosing the church was soon confirmed when members were quick to welcome her and strike up conversation. Those members, she would soon find out, were Wayne and Peggy Penrod, a couple already dedicated to student ministry, but not international student ministry– yet! Wayne and Peggy Penrod with students

Before they knew it, the Penrod’s were immersed in international student ministry, and it all started when Esther asked if she could invite some University of Dayton students to their Sunday School class. “At first, we weren’t sure we could relate to them because of age and cultural differences,” says Wayne. “But we realized people are people and that we had a lot in common with them.”

After this realization, the Penrod’s began inviting students into their home to build relationships. They provided meals and encouraged fellowship through fun activities, such as fishing, basketball, board games, etc. Despite the variety of religious beliefs and practices, the Penrod’s saw love abound during the gatherings and have seen the fruit of reaching out to international students: “Ministering weekly to these students has been an unexpected blessing. We couldn’t imagine having anything in common with this age group, or them with us… God has surprised us, blessed us, stretched us, and made us into different people due to our experience with them. We’re truly having a blast,” says Wayne.

As these connections were being created and as the ministry grew in the Dayton area, Esther saw a need and paired that with her purpose of mobilizing the Church. Her vision for a ministry home close to UD was born and slowly began to blossom. She believed in the importance of community and being able to offer a communal place where relationships could be built and where spiritual conversations could happen. “I believe a house is more convenient to invite students into for worship and Bible studies, as well as for making friends and for casual hangouts. Ultimately, I wanted a place that could make students feel at home.” 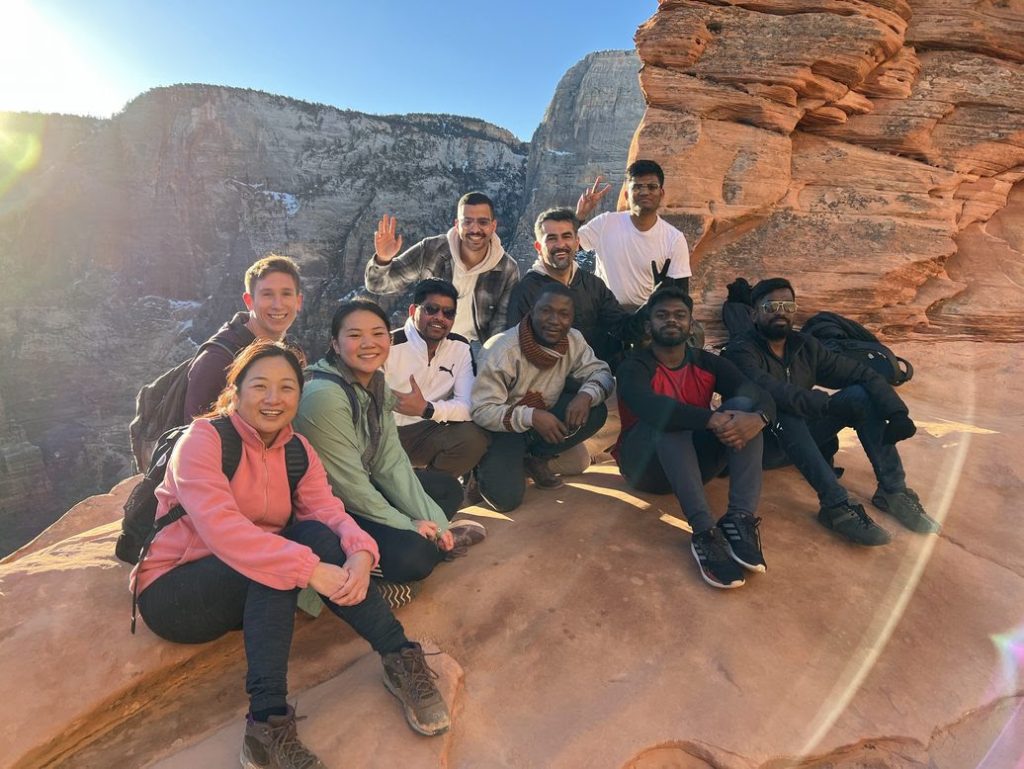 Esther (pink sweater) with students on an IFI trip.

But how to acquire such a place? Esther began asking IFI volunteers she had relationships with, but had no success, as the housing market brought challenges to budgets. “I was at a crossroads and didn’t know where to go.” Esther said.

Despite the vision’s boldness and initial discouragement, God provided– and in the span of eight days! Esther’s connection with the Penrod’s led her to ask them for help. “‘You find something and we’ll buy it!’, we told her. We were happy to invest in the future of this ministry and wanted to share the gifts God has given us with others.”

Their keen response was not developed overnight, however, as it took time for them to grasp that giving is an act of worship. They shared how it was a slow surrender, a perpetual letting-go that grew out of the belief that nothing belongs to them: “We must come to understand that we wouldn’t have anything if God didn’t grant it to us. God is looking for people he can trust and that work off of faith. We have come to learn we are merely stewards; we don’t take ownership of our possessions and try our best to seek His will.”

The Penrod’s willingness was just the beginning of the fulfillment of the ministry house. Esther shared excitedly about the vision in her March 2022 newsletter, saying: “Our ministry in Dayton keeps growing, and God keeps working in his right time. We have great news: one of our volunteers is planning to buy a house close to the University of Dayton for our ministry use; the rooms will be rented to students, and I will live in that house, too. We’re still looking for the right house at the moment; hopefully the ministry house will be ready by Fall. This place will be a great place for student activities, spiritual conversations, prayers, and worship.” Esther shared in her newsletter earlier this year in March.

Fall has now come and gone, and it brought with it the completion of her vision.

Wayne and Peggy’s act of obedience and other generous volunteers have enabled Esther and the ministry in Dayton to flourish. The home is already at full capacity, with five individuals living there, including Esther. Their house rhythms are beautifully busy, as they execute the vision of the community ministry home through hosting weekly Bible studies, dinners, and times of fellowship. 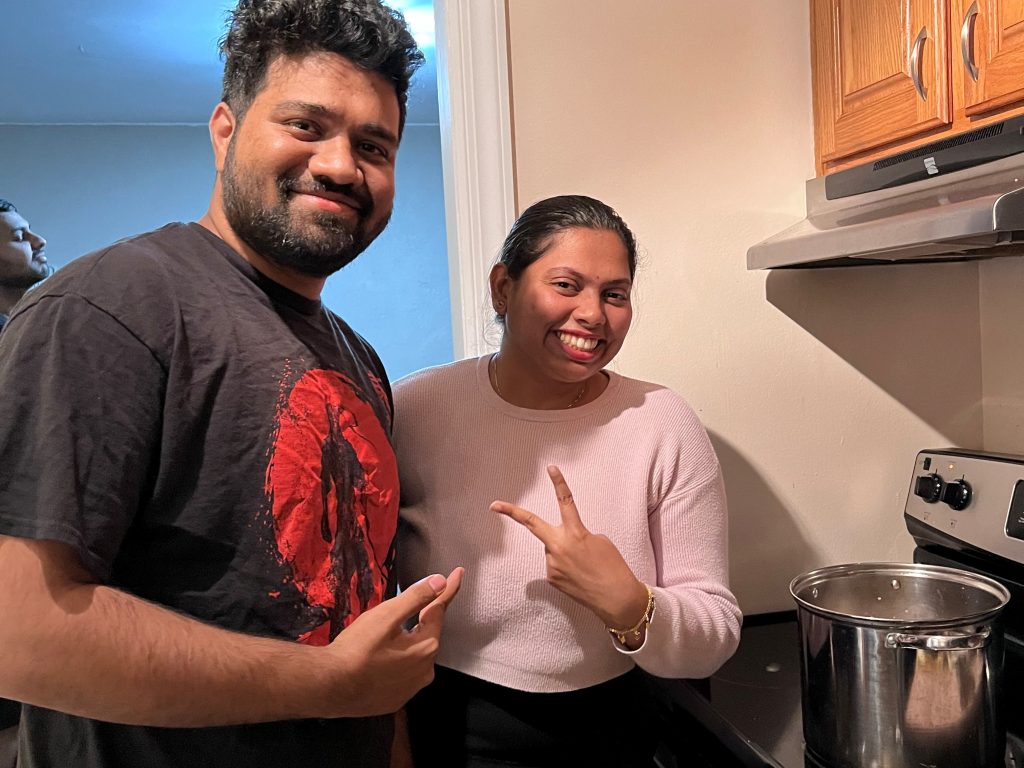 Esther and others involved have come to name the property the “Lighthouse”, hoping it embodies the light of Jesus in and outside of the house. Not only does she want it to be a place where students can come anytime and feel at home, but also a place of empowerment and discipleship: “This is a place where students find love, but also where they offer it, learning to be good hosts and to be givers themselves. God plays a big part in it. The process was challenging, but I am thankful for volunteers that have donated towards the house.”

As students navigate the sometimes challenging waters of studying abroad and being foreigners, please pray God would use the Dayton “Lighthouse” ministry house as a guide, displaying His love to the international student community!