A Year in the Life of IFI Champaign-Urbana

A Year in the Life of IFI Champaign-Urbana 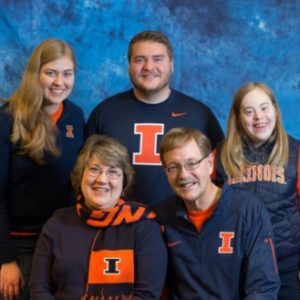 Bill and Donna (front) and their family.

Bill Erickson, director of IFI at the University of Illinois, and his wife Donna both attended the U of I as students. After graduation, they decided to make their college town their hometown based on a sense that God had some special purposes for them at U of I, one of the leading internationally-attended universities in the nation. They settled in, raised 3 children and engaged in their careers while developing good relationships with area believers. These connections proved invaluable when Bill launched into a role with IFI a couple years ago. The local Body of Christ readily supported international student ministry, which quickly kindled opportunities for outreach to students. 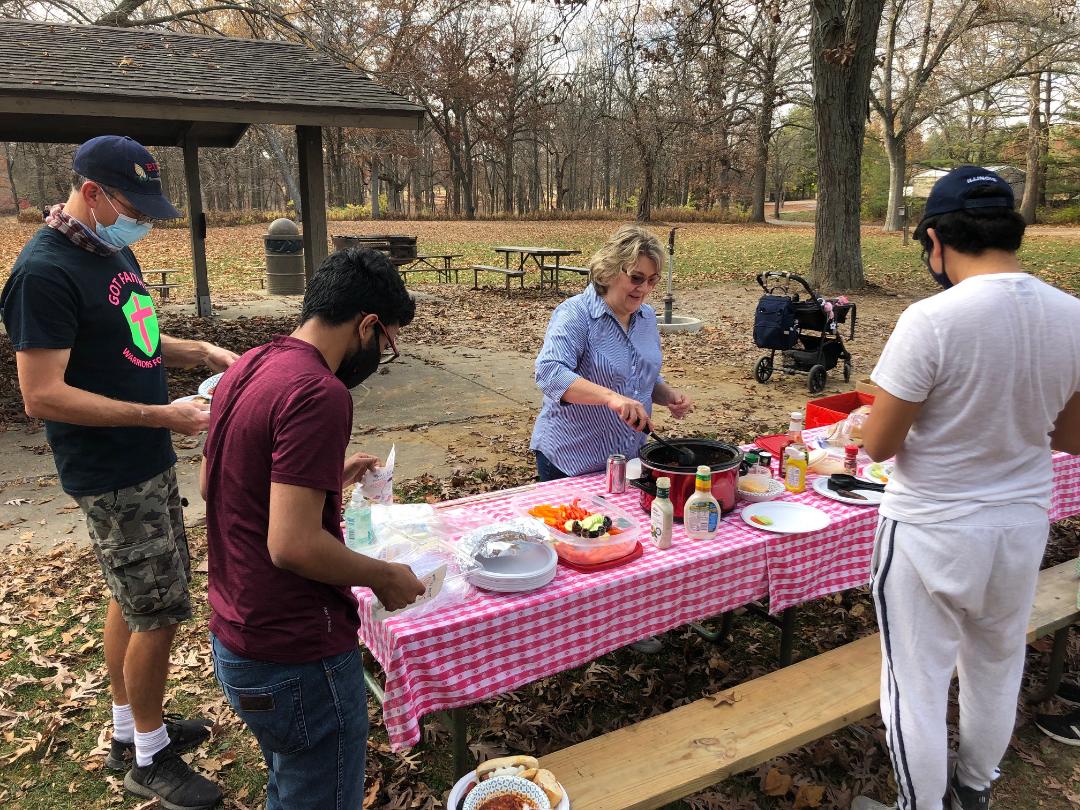 IFI’s launch at the U of I started strongly in the fall of 2019. IFI was able to offer many large group events that semester, beginning with a welcoming picnic and progressing right up until the virus began changing the approach in 2020. Outreach activities included Saturday trips to the nearby attractions and parks, as well as social gatherings and home Bible discussions. These activities were well attended and all blossomed from the earlier kickoff efforts.

Unexpectedly, one adventurous student arrived in 2019 from a restricted Muslim country and asked if there were any American families who might consider having a student live with them. When he was told that there was a family that offered that opportunity, but that they were Christians, he responded that he didn’t mind at all, due to his disillusionment with his country’s religious hypocrisy. Within a couple of month’s of his moving into this family’s home, he acknowledged that the genuine truth he was searching for was truly found in Jesus Christ! 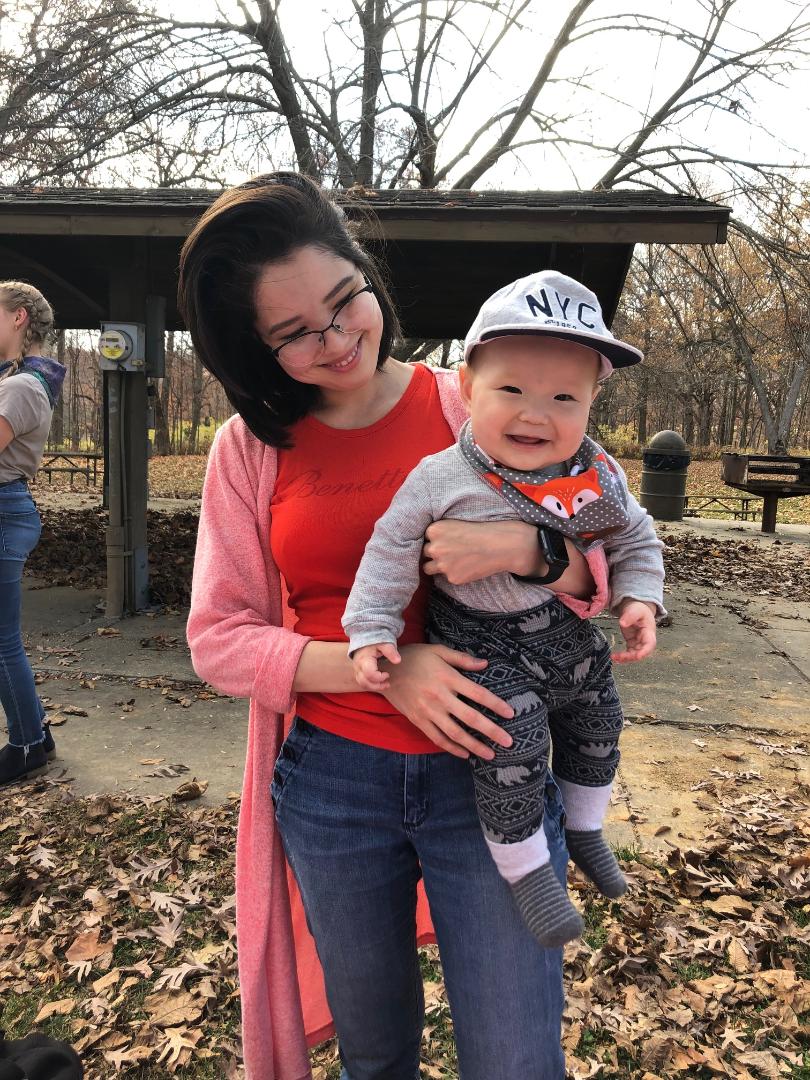 Many other students who were befriended at that original welcome picnic, have remained in Urbana-Champaign since Covid emerged in March of 2020. With many students unable to return to their countries, and large gatherings on hold, IFI’s efforts at the U of I turned to an individual, need-focused approach. A Muslim couple from Kazakhstan, who were expecting their first child in about a month, were on a tight budget and unable to shop for needed baby items. IFI volunteers, along with a partnering church, showered them with baby gifts, including a brand new crib. Another Kazakh couple’s daughter hurt her foot and needed x-rays. An IFI volunteer took the mother and her daughter to a clinic and even paid for the x-ray! The girl’s foot was okay and the mother was so grateful. She said even her friends in Kazakhstan would not have done that. Both Kazakh couples have become very close friends with several of IFI’s volunteers. 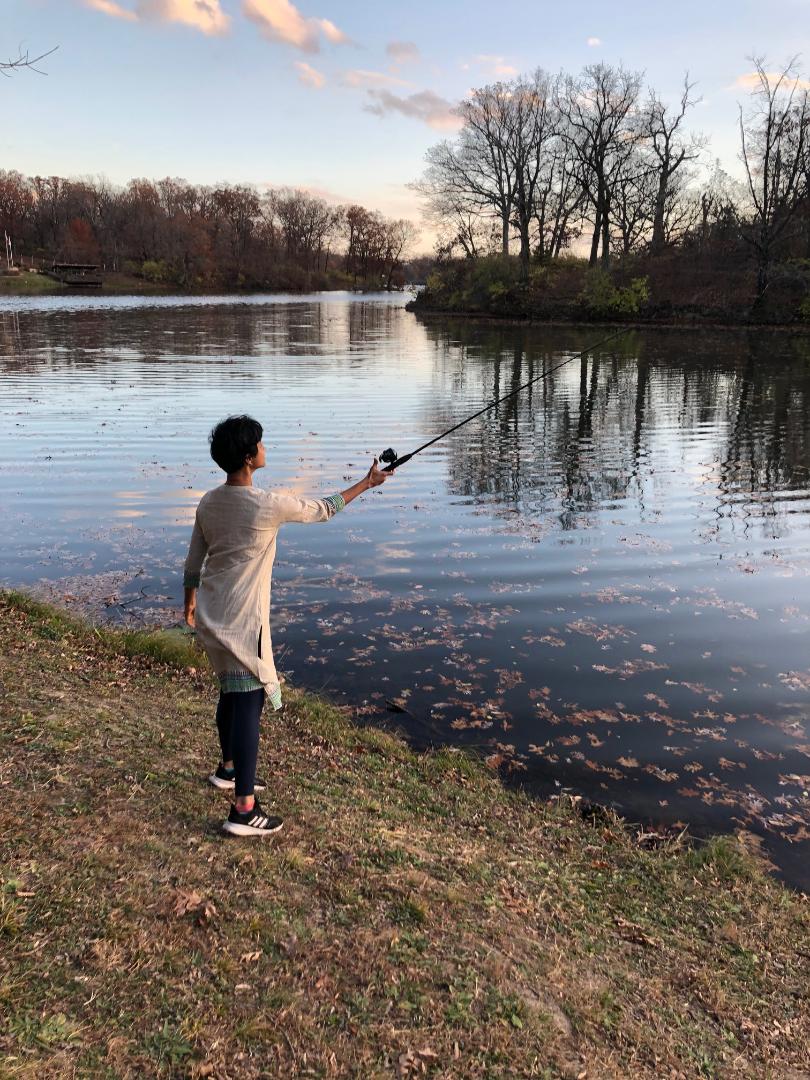 Through maintaining communications with the internationals who remained in town, other opportunities developed. As the weather warmed in 2020, IFI moved its activities to the campus housing area and met outdoors. With camping chairs set out and a couple of picnic tables spread with snacks and drinks, there were soon regular gatherings being held. This setting even facilitated a BBQ that included summer sweet corn (a favorite!), as well as a Fourth of July party when fireworks were cancelled. Other warm weather activities offered bicycling and outdoor games. Some with tight budgets, due to Covid, were brought boxes of fresh vegetables and fruit, along with dairy products on several occasions. One Indian student, who had always wanted to try fishing, was given that opportunity for the first time and yes — caught several fish! Through these smaller focused outreach efforts with students who remained here during Covid, friendships have deepened to the point where trust has been established and a willingness has begun to open up to discuss spiritual matters. Friends of these students also began to attend. 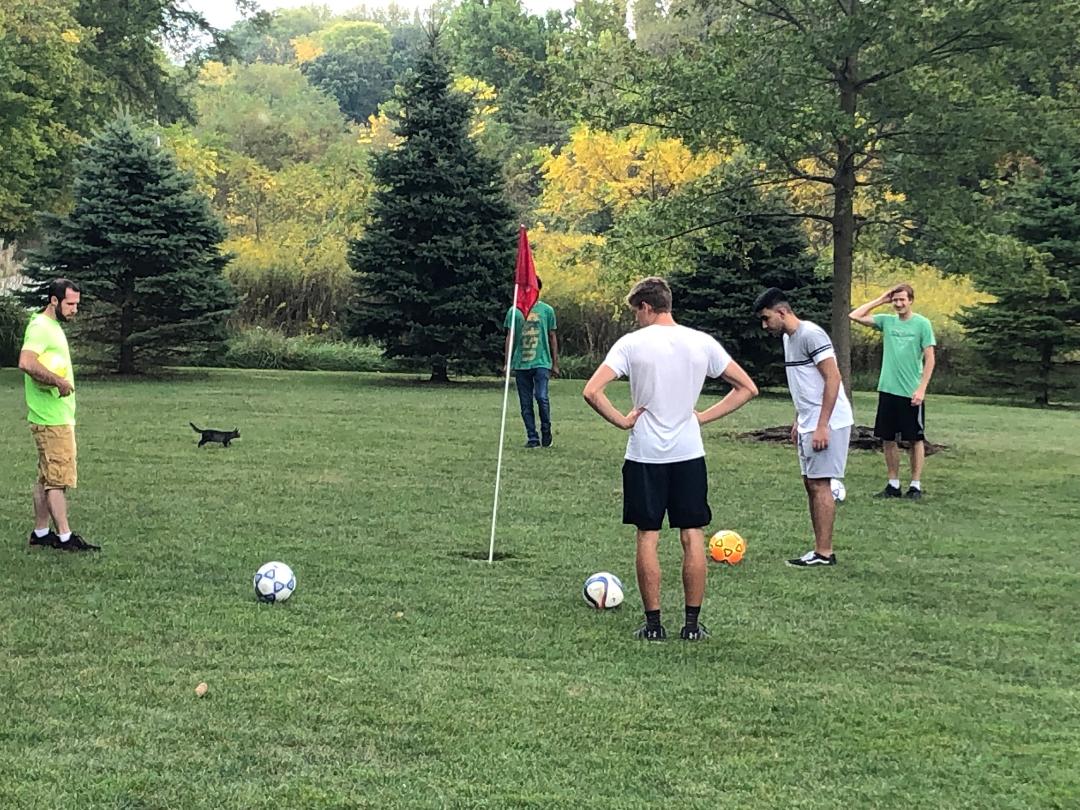 As the fall 2020 semester moved along, the U of I’s Covid testing approach showed good results. Many students were favorable to resuming some larger group activities. Several outdoor activities took place including picnics, bonfires, soccer golf, hiking, more fishing, and apple picking. The news of these events traveled through the student’s social media connections and many new ones connected with IFI by late fall. When the weather turned colder, a volunteer couple, with a very spacious rural home, urged IFI to have holiday gatherings there. A Thanksgiving dinner was held, along with a short video about the faith experiences of the Pilgrims. This was followed by a favorite student game of giant Jenga! A few weeks later, a Christmas dinner was hosted by this same couple. The story of Jesus’ birth was read from Luke and small gifts, along with Christmas cards containing a tract explaining the reason for Jesus’ entry into this world, were given to each student attending. Some of these tracts were in their own languages. 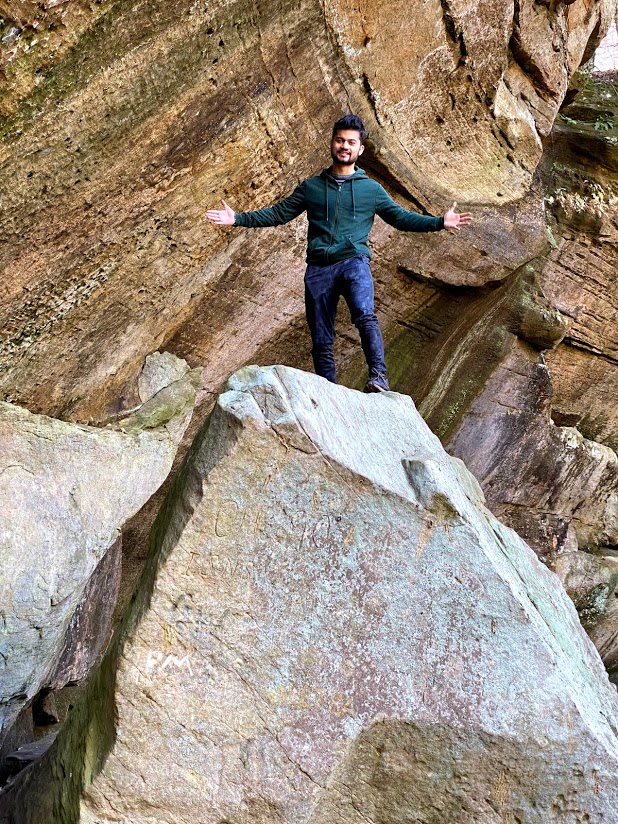 In early January of 2021, IFI received a few requests from soon-to-arrive African grad students for assistance in finding apartments. Through the Lord’s provision, in a couple of week’s time, IFI had helped to find excellent housing deals for 12 African students, as well as part-time employment for 6 of them in a very tight campus job environment. In addition to these African students, the student grapevine added other interested newcomers from various countries to IFI’s contact list for this semester. Several of these new ones are committed believers who desire to participate in IFI’s outreach efforts at the University of Illinois in 2021.

Praise God for gathering these new students even during this time of changes and challenges!