Give to Samson Wasao's Ministry

Please write “SAMSON WASAO’S MINISTRY” on the check memo line or in the memo or account field in your online bill payer. 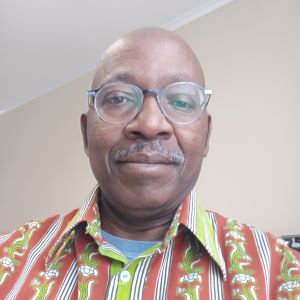 Samson Wasao was born in Kenya. He and his wife Patricia, have three girls. Samson gave his life to Christ as a teenager in high school. He went on to the University of Nairobi, where he developed a deeper knowledge and closer walk with Christ as he was discipled and mentored by missionaries with The Navigators in Kenya.

After graduating from the University of Nairobi in 1980 with a BA (Economics) degree, Samson worked for the Government of Kenya in the Ministry of Agriculture. During that time, he earned a scholarship from the Harvard Institute for International Development to study Agricultural Economics at the Masters’ level at The Ohio State University in Columbus, Ohio. At Ohio State, Samson joined IFI pioneers Phil and Ruth Ann Saksa and Mabel Bahler. Samson actively and faithfully ministered among fellow internationals throughout his early student life in Columbus.

Upon graduation in 1985, he returned to Kenya, where he met and married Patricia. They returned to Ohio State together in the Fall of 1988 for Samson to pursue a PhD.

As a couple, Samson and Patricia rejoined IFI and were an integral part of the ministry on the OSU campus throughout their time in Columbus. They joined a group of four other married couples with whom they met weekly for Bible studies. Their conviction and vision for strong and stable marriages built on the eternal principles of God’s Word was developed during their interactions in these couples’ Bible studies. They grew spiritually stronger as they applied the powerful relational principles of God’s Word in their own marriage. They opened their home to internationals and Americans and saw God use them to encourage and challenge individuals and couples to live for Christ.

Samson graduated in 1995 with a PhD and returned to Kenya where they were actively involved in church ministry, helping to develop the married couples’ ministry and pioneering development of the family care and enrichment structures and policies for the Christ-is-the-Answer Ministry (CITAM) churches in Kenya. Together, they designed and implemented various trainings for leaders for premarital counselling, married couples, and for men and women ministries as well as children’s ministry.

In his secular jobs, Samson managed and coordinated participatory and sustainable development training programs at community, sub-national and national levels in Kenya. He managed projects and programs that promoted participatory development and environmental sustainability in Kenya. He also worked as a Director of Programs with the African Institute for Development Policy, a regional NGO based in Nairobi, which he left to join IFI.

With IFI, Samson is now the National Training Manager, with responsibility to develop and facilitate training programs for all staff, volunteers and international students. With such trainings, we would be most effective in extending God’s love globally in partnership with one another and consistent with the mandate to equip God’s people for works of service in order to build up the body of Christ. The vision for national training department is to see IFI staff, volunteers and Christian international students fully equipped to extend God’s love globally and for them to be a powerful expression of the person and work of Jesus Christ around the world.

To continue serving with IFI, Samson and Pat need a team of people to pray, give, and work alongside them. Will you prayerfully consider being a part of their team?