Give to Nick Miller's Ministry

Please write “NICK MILLER’S MINISTRY” on the check memo line or in the memo or account field in your online bill payer. 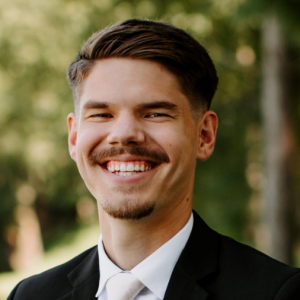 Nick grew up in Central Ohio and became involved in Young Life in high school. With the guidance of his leaders, Nick saw what a true relationship with Jesus was and decided to begin following Him. As his relationship grew, a passion developed to begin sharing this with others. Beginning in his first year of college and continuing to the present, Nick has led high school students through Young Life and his church.

Throughout high school and before beginning college, Nick also had the opportunity to spend multiple summers in Haiti, connecting with locals, developing the local church, and guiding visiting groups of individuals. These experiences, as well as videography training through his job while in college, led him to a trip to Kyrgyzstan where he assisted in creating a film to promote a local cashmere business that supports the small farms and shepherds along the Silk Road.

Nick returned to America with a heart for internationals and young adults. With these passions, the Lord led him to IFI where he has begun work as the Campus Minister for IFI at Ohio University in Athens, Ohio. He is honored and thrilled to be given an opportunity to connect with international students at the university.