Give to Gloria Kelios's Ministry

Please write “GLORIA KELIOS’ MINISTRY” on the check memo line or in the memo or account field in your online bill payer. 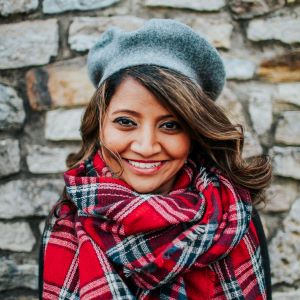 As an ESL educator, I’ve always had the privilege of working in a cross-cultural setting. I have taught in the jungles of Borneo, in make-shift schools in Thailand after the 2004 tsunami, in orphanages and villages in Cambodia, as well as in prestigious private high school and universities in Malaysia, Chicago, in Dayton at Wright State University and now Austin, Texas.

My passion to teach and serve internationals stems from being an international myself. I know firsthand what it’s like to live in a foreign culture – the fear, loneliness, culture shock, adaptation, and everything else that comes with it. When I first came to the U.S., I was overwhelmed by the love and friendship given to me by international student ministry workers in Cleveland. I saw the impact remarkable leaders left when they went beyond their call of duty to open their homes, minister to students, pray for them through difficult seasons, invest their time and energy and exemplify Jesus in everything they did. My season in Cleveland was short; God moved me to Chicago.

In 2012 God had a whole new season for me in Dayton.  After teaching ESL at Wright State university for almost a year in fall 2012, IFI Dayton was birthed. A year later Jerome joined me in ministry and the Lord gave us seven fruitful years to see the ministry in Dayton grow, flourish and take deep roots. In 2018, we were also able to start Trueman ministry house where we intentionally lived and did ministry with students.

In 2020, our season in Dayton came to an end. It was beautiful to hand the ministry over to Larissa Swartz. She started the ministry with me as a young student and it was a joy and honor to see her grow the ministry and take it to even greater heights than we were able to. We moved to Austin, Texas and I took on the role in IFI’s national team as the National Field Director. I work for IFI’s national team and well as champion, support and strengthen the arms of many location leaders.