Give to Julie Thoms' Ministry

Please write “JULIE THOMS’ MINISTRY” on the check memo line or in the memo or account field in your online bill payer. 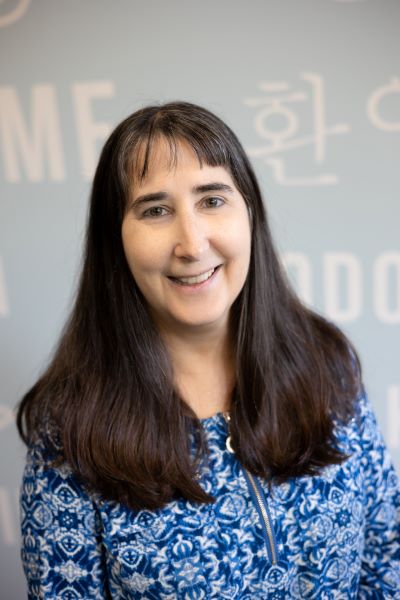 I started international ministry officially in 1991 but became interested in internationals in 1987 when I began tutoring a few Taiwanese children. While tutoring the Taiwanese kids, I became interested in Chinese, so I decided to take a few Chinese language classes at OSU. I loved them so much that I decided to make Chinese Language & Literature my major. However, when I graduated in 1991, there wasn’t much demand for people who had studied Chinese in Columbus. Thus, God opened the door for me to get a master’s degree in teaching English to international students (TESOL) at OSU. During this time, I got involved in my church’s international ministry & it has been my burden for over 30 years now.

I joined IFI to create a 5-level English Conversation program for OSU students & their spouses. I coordinated this program from 1999-2005. I also had an international mom’s group & Bible study meet in my home every week for many years. However, in 2007, God called us to move to Dalian, China where we lived and ministered for 11 years. We had a Saturday Conversation & Cuisine night with a Bible study for college students & young professionals for 10 years. We had anywhere from 5-20 people in our house each Saturday where I taught students how to cook various types of western food & after dinner, we had worship and a Bible study. We saw quite a number of students start following Jesus, so it was a rewarding time, but it wasn’t without opposition. My husband lost a teaching job because of our Saturday night Bible discussion group. At another time, we had to move locations because of opposition, but God kept us safe every time.

We moved home for our kids to go to university here in the States, but we really miss China and the openness that we saw there. It is much easier to talk to people about faith in China than it is here. Even though there are restrictions, we found that so many people have open hearts.

I’m excited to be working with IFI again. They are an amazing organization that is taking the God’s love to the nations without even leaving the U.S. It is a wonderful way to be purposefully living for Christ in your own home. I’m looking forward to helping establish IFI at one of the biggest colleges in Central Ohio: Columbus State Community College.